What is a Hugo, but mostly, why wasn’t this Prosecco DOC based cocktail invented sooner.

How to cool down during these upcoming warm months with a chill, refreshing Prosecco DOC and elderflower based cocktail. You’ll be the most requested bartender at family gathering and barbecues.

This refreshing aperitif, made of three fantastically simple ingredients, elderflower cordial (or liqueur as the all time favourite St.Germain) Prosecco DOC and a dash of seltzer water, is all you need to spend your warm spring days, contemplating life while sat under a willow tree - because who doesn’t spend summer like that - maybe wondering why you hadn’t heard of a Hugo sooner than right then and there.  The sweet, earthy tones of elderflower pair fantastically with Prosecco DOC’s sharp and clean flavour.

Why have we kept it a secret for so long, you might ask?
Well we haven’t, as before 2005 this drink was not even a thing; It took Roland Gruber’s beautiful mind and palate to come up with the Hugo cocktail. The discovery took place in Italy’s Tyrol region, in the beautiful dolomites where Mr. Gruber has created a modern classic that is so deeply anchored in our hearts and cocktail lists, that it resembles the ascension to fame of the Penicillin, created at New York’s Milk and Honey by star bartender Sam Ross, in the same year, 2005.
What a truly great year for cocktails.
He has gifted us with something that we did not know we were missing, and there is no doubt on why it became such a huge success.
The other reason for its success?
Prosecco DOC, clearly.
Italy’s sparkling wine that is becoming increasingly loved outside of our country, also known as the forefather - or mother - of the aperitivo scene, and the elderflower’s fresh, botanical and fruity tones give it an incredibly jammy mouthfeel. 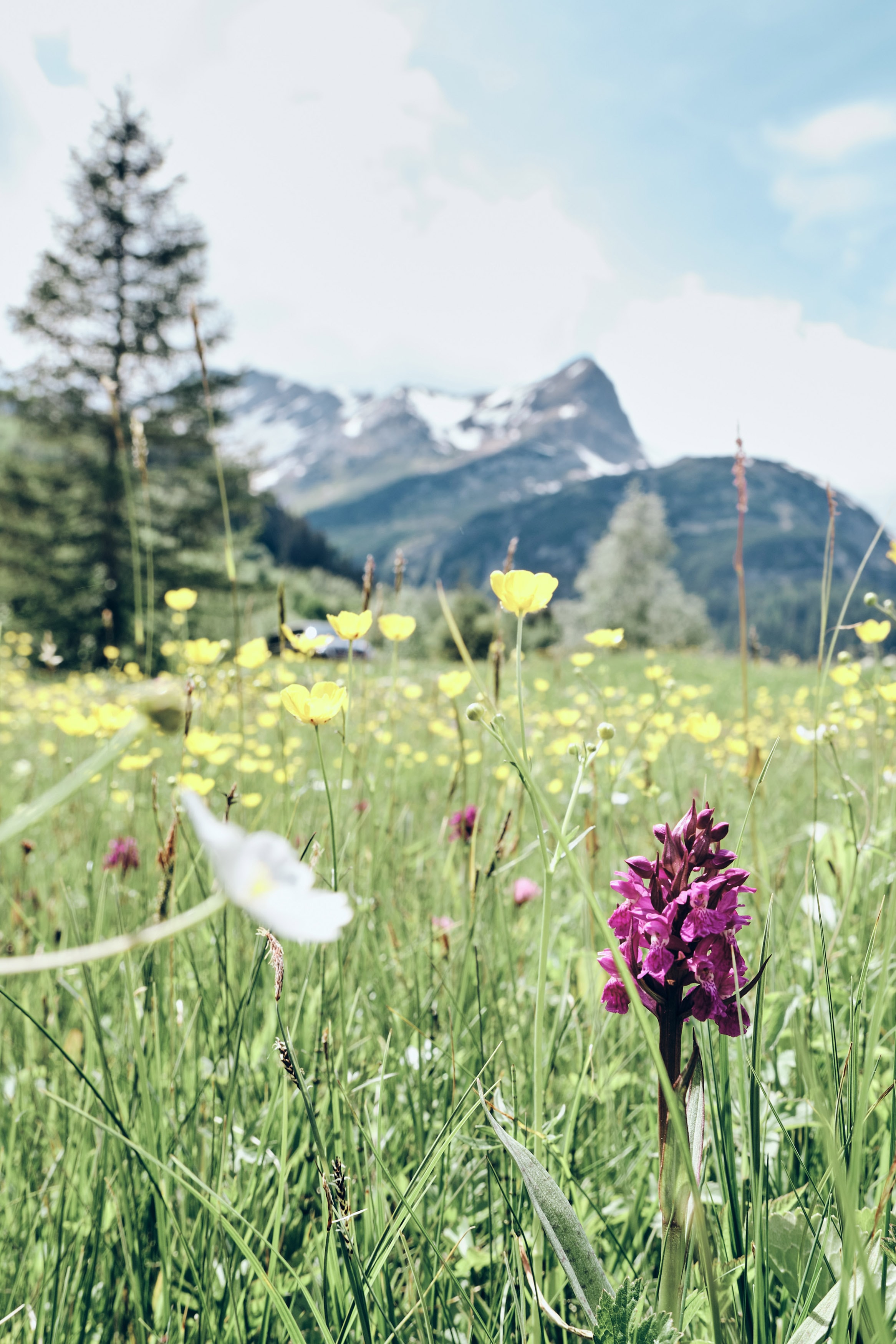 Lets talk a bit of history here:
Place yourself sunbathing in the Dolomites valley, it’s mid-spring, the days are getting longer you can almost feel summer creeping around the corner, it is at this exact point in time in which foragers around the world unanimously shout to their families “ go fetch the elderflowers, before they disappear”.
The tradition, the history, the foragers, tell you should only utilise and harvest the flowers mid morning, as far away as possible from car’s fumes, when the small closed flowers begin to sunbathe - just like you would - and they are starting to channel all the goods the sun has to offer them , but they haven’t yet been exposed to too much heat, that is why you wouldn’t collect them in the late afternoon… Elderflowers are as beautiful and tasty as fickle, as they are unfortunately only in bloom for a single month throughout the year, from late May to end of June.

We would like to help you turn this fantasy easily into reality by giving you a simple Elderflower  cordial recipe, you’ll need only water, lemon and sugar and the superbe white flowers to create a tasty beverage. (For our favourite recipe just keep scrolling!)
The elderflower cordial is one of those incredible nectars that will leave you begging for more, as even if it is high in sugar, it doesn’t bother the consumer as one might think. How you ask? Well, as per everything that is sugary and has to be preserved a fair amount of time, we cut it with some fresh zesty, acidic lemon, that will cut thought the sweetness enough to make it unforgettable. A true sign of summer’s beginning.

Another brilliant aspect of this drink is its low - alcohol content, and the dryness and freshness of Prosecco that make it an unmitigated success for an Aperitivo. Now , decades have gone by, and Hugo remains in our hearts and minds : and that is how you create a modern, new classic starting from tradition.
Just like the incredibly famous Aperol or Campari Spritz, Hugo cocktail has all the Italian favourites, it is refreshing, sweet, zesty, and a beautiful crisp bouquet thanks to the final mint garnish. 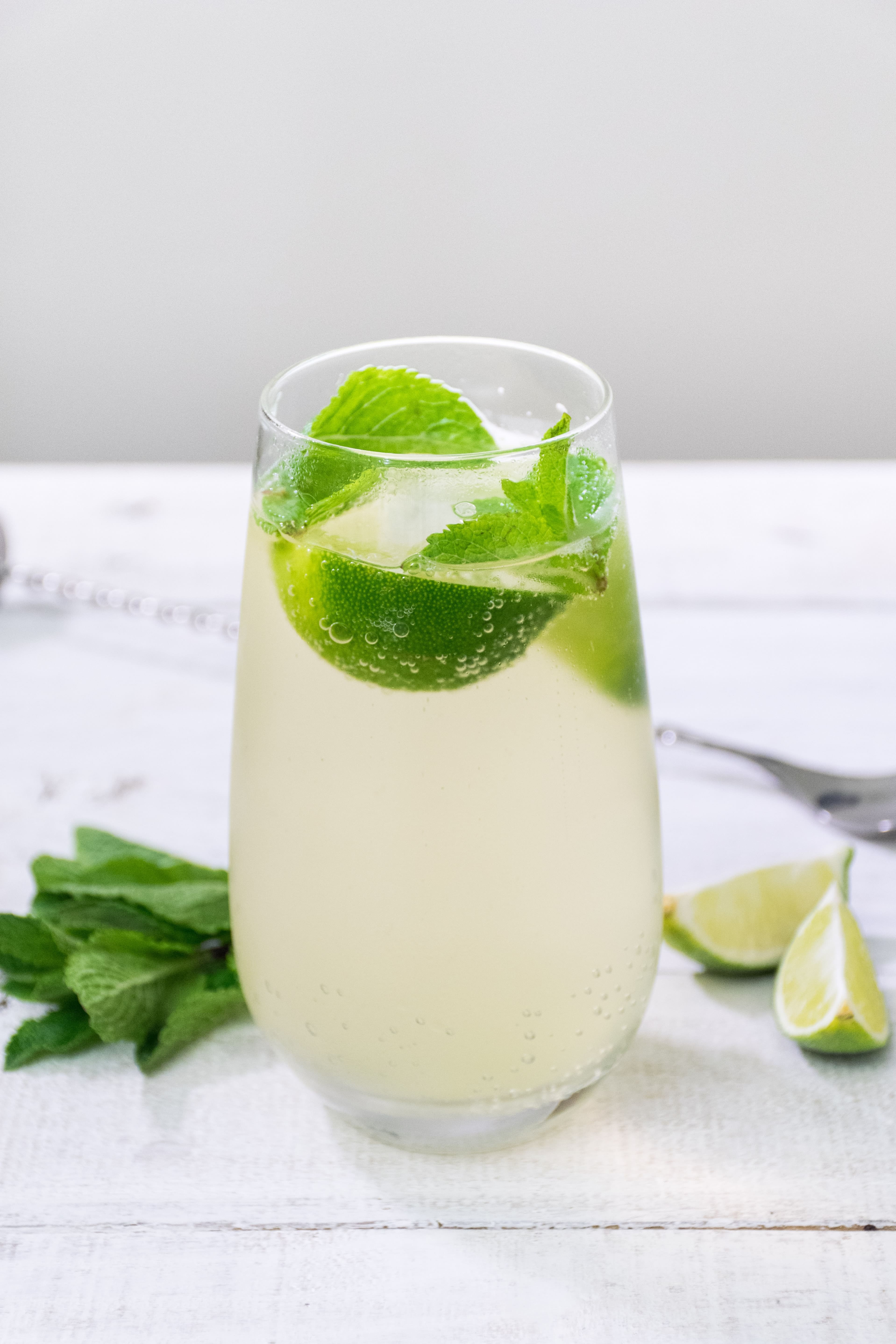 Talking about tradition, what differs between the traditional Spritz and a Hugo Spritz?

It is said that the name Spritz comes from the German “spritzen”: during the nineteenth century when Veneto was under the Hapsburg rule, the German speakers in the area that were there as diplomats, merchants, visitors etc.. were not used to the potency of our wines, and they used to “cut” it down with a dash of water. “Spritz me up this wine will you barkeep”.

As you might imagine, sparkling wine in the area was already all the rage, so the first spritzes were sparkling glera and water, and as this concoction became increasingly popular around Veneto, bartenders and hosts in general began playing with this idea of spritzes and making it their own, blending them to their taste. It became the most served drink in the beginning of the twentieth century, catering to both the people in the streets of Italy as a pre-dinner drink, and the lavish Austrian and German society events.
Aperol spritz was already Italy’s favourite spritz in the fifties. The incredibly famous aperitif was created in 1919 in Padua by the Barbieri brothers, as a bitter aperitif made of rhubarb, gentian and china, its colour reminisces of Campari’s bright orange, but with a lower abv.

The Hugo was created as variation to an Aperol Spritz, Mr. Gruber must have been inspired by the beautiful intoxicating scent of the elderflower trees growing on the side of the alps. The bitterness of the Aperol is replaced by a dash of elderflower cordial its taste incremented by lime and mint, making a lighter, crisper drink.

How to: Hugo cocktail for beginners.

It is devastating how easy it is to make this drink, and how well it fits in any sort of “gathering”.
It could be easily made at home, for a party, for your 5pm lockdown Aperitivo,  during a barbecue, a picnic and so on.
The ingredients you will need are as follow, and the glass you’ll need is a large wine glass:
- Elderflower cordial, to taste
- Prosecco DOC, your favourite brand will do.
- dash of sparkling water or seltzer
- a squeezed lime wedge
- mint is the classic garnish for it, but we say go wild, try something new, something you like.
- Ice

How to mix it, serve it and drink it
There are just a few simple steps that almost any Italian (certainly everyone above 18 from Veneto and Friuli Venezia Giulia) know by heart.
Firstly fill you wine glass with a lot of ice, don’t be shy, the more ice the less watery your drink will get, then add the elderflower cordial and the lime juice, plus the lime wedge it came from and mix it a bit.
Add the sparkling water to it, mix a bit again, and top up with your favourite Prosecco DOC.
You can certainly use Prosecco DOC Rosé to recreate the orangish hue of Aperol Spritz.

Garnish how you please.

For the cordial recipe, follow river cottage’s step by step guide to an amazing Elderflower cordial. 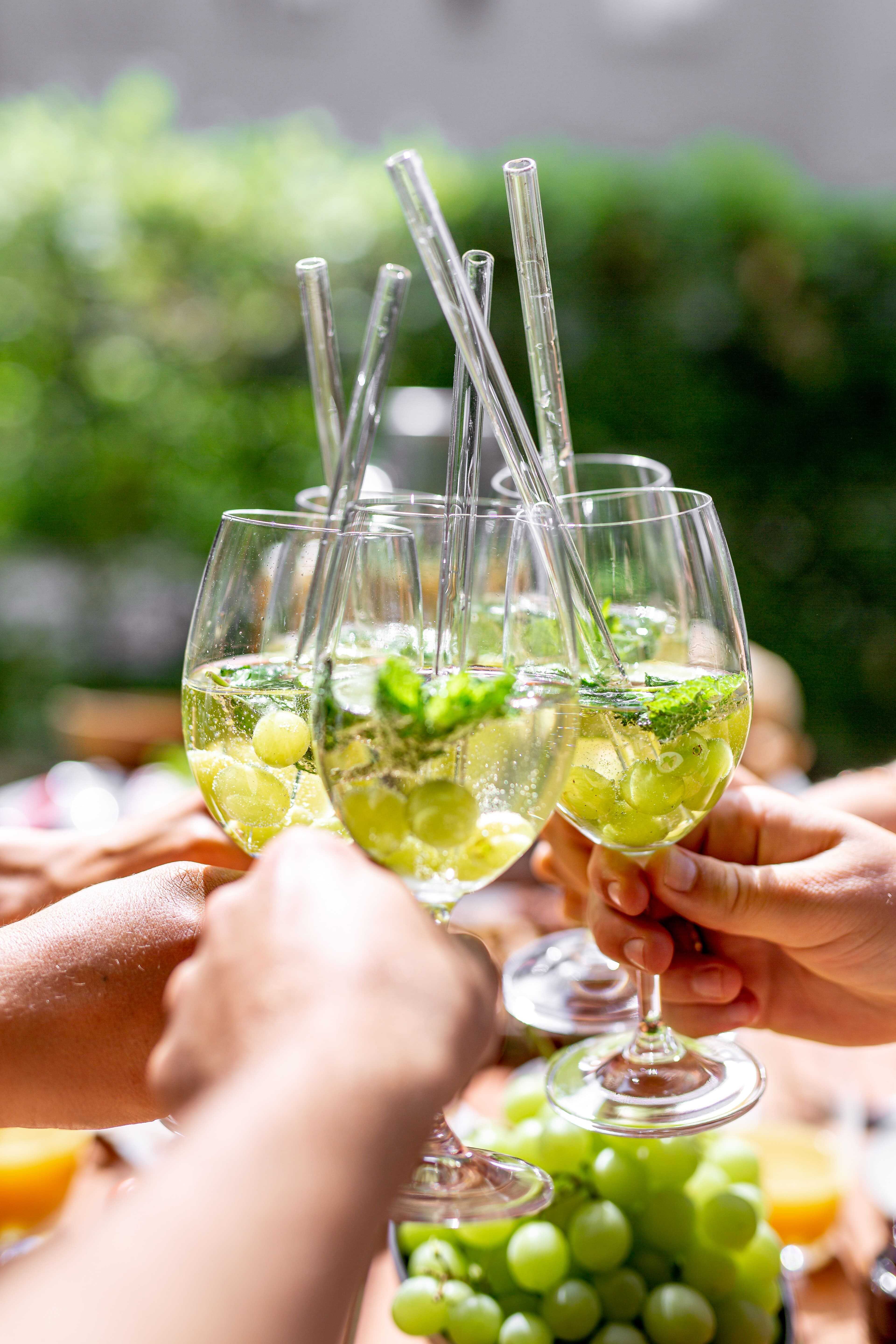